Adapted from A Mind of Your Own by Kelly Brogan, MD

Psychiatry, unlike other fields of medicine, is based on a highly subjective diagnostic system. Essentially you sit in the office with a physician and you are labeled based on the doctor’s opinion of the symptoms you describe. There are no tests. You can’t pee in a cup or give a drop of blood to be analyzed for a substance that definitely indicates “you have depression” much in the way a blood test can tell you that you have diabetes or are anemic.

Psychiatry is infamous for saying “oops!” It has a long history of abusing patients with pseudoscience-driven treatments and has been sullied by its shameful lack of diagnostic rigor. Consider, for example, the 1949 Nobel Prize winner Egas Moniz, a Portuguese neurologist who introduced invasive surgical techniques to treat people with schizophrenia by cutting connections between their prefrontal region and other parts of the brain (i.e., the prefrontal lobotomy). And then we had the Rosenhan experiment in the 1970s, which exposed how difficult it is for a doctor to distinguish between an “insane patient” and a sane patient acting insane. Today’s prescription pads for psychotropic drugs are, in my belief, just as harmful and misguided as physically destroying critical brain tissue or labeling people as “psychiatric” when really they are anything but.

Is It All In Your Head?

My fellowship training was in consultation-liaison psychiatry, or “psychosomatic medicine.” I was drawn to this specialization because it seemed to be the only one that acknowledged physical processes and pathologies that could manifest behaviorally. I noticed that psychiatrists in this field appreciated the role of biological actions such as inflammation and the stress response. When I watched fellow psychiatrists consult on surgical patients in the hospital, they took these brain-body connections much more seriously than they did in their Park Avenue offices. They talked about delirium brought on by electrolyte imbalance, symptoms of dementia caused by B12 deficiency, and the onset of psychosis in someone who was recently prescribed anti-nausea medication. These root causes of mental challenges are far from the “it’s all in your head” banter that typically swirls around conversations about mental illness.

The term psychosomatic is a loaded and stigmatized term that implies “it’s all in your head.” Psychiatry remains the wastebasket for the shortcomings of conventional medicine in terms of diagnosing and treating. If doctors can’t explain your symptoms, or if the treatment doesn’t fix the problem and further testing doesn’t identify a concrete diagnosis, you’ll probably be referred to a psychiatrist or, more likely, be handed a prescription for an antidepressant by your family doctor. If you are very persistent that you still need real help, your doctor might throw an antipsychotic at you as well. Most prescriptions for antidepressants are doled out by family doctors—not psychiatrists, with 7 percent of all visits to a primary care doctor ending with an antidepressant prescription. And almost three-quarters of the prescriptions are written without a specific diagnosis. What’s more, when the Department of Mental Health at Johns Hopkins Bloomberg School of Public Health did its own examination into the prevalence of mental disorders, it found that “Many individuals who are prescribed and use antidepressant medications may not have met criteria for mental disorders. Our data indicate that antidepressants are commonly used in the absence of clear evidence-based indications.”

So we have overprescribing, but we also have some very sick women struggling in ways that are dismissed as “psychiatric”. In 2014 Scottish researchers addressed the gap between what the science says about the causes of depression and what patients experience when they find themselves caught in the default web of psychiatric care. In their paper they highlight the value of what I practice: psychoneuroimmunology. Indeed, it’s a mouthful of a word, but it simply refers to examining (and respecting) the complex interplay between various systems and organs of the body, especially those that syncopate the nervous, gastrointestinal, and immune systems in a brilliant dance that in turn affects mental well-being. These researchers point out that many patients who are told they have psychiatric conditions originating in their head or related to some (fictitious) brain chemical deficiency actually share real biological imbalances related to their immune-inflammatory pathways. These patients show elevated levels of inflammatory markers in their blood, signs that their body is on the defensive, activating processes that can result in unexplainable physical symptoms and that are diagnosed as psychiatric rather than biologic. And rather than treating the underlying biology, they are instead relegated to a lifetime of therapy and medication, to no avail. 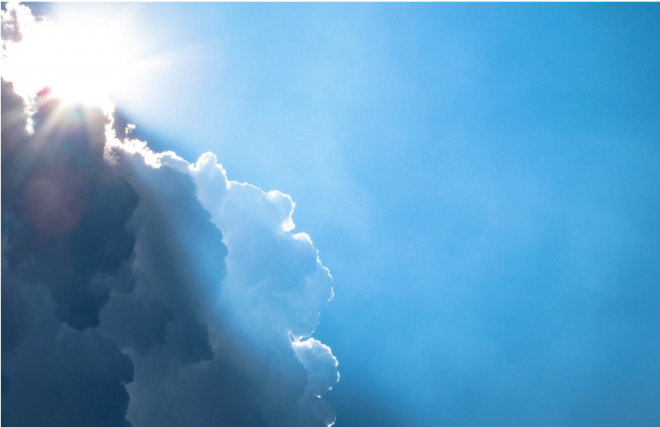 The idea that depression and all of its relatives are manifestations of glitches in the immune system and inflammatory pathways—not a neurochemical deficiency disorder—is a topic I explore at length throughout my book, A Mind of Your Own. This fact is not as new as you might think, but it’s probably not something your general doctor or even psychiatrist will talk about when you complain of symptoms and are hurried out of the office with a prescription for an antidepressant.

A multitude of studies now show an undeniable link between gut dysfunction and the brain, chiefly by revealing the relationship between the volume of inflammatory markers in the blood and risk for depression. Higher levels of inflammatory markers, which often indicate that the body’s immune system is on high alert, significantly increase the risk of developing depression. And these levels parallel the depth of the depression: higher levels equates with more severe depression. Which ultimately means that depression should join the ranks of other inflammatory disorders including heart disease, arthritis, multiple sclerosis, diabetes, cancer, and dementia. And it’s no surprise, at least to me, that depression is far more common in people with other inflammatory and autoimmune issues like irritable bowel syndrome, chronic fatigue syndrome, fibromyalgia, insulin resistance, and obesity. All of these conditions are characterized by higher levels of inflammation.

To really grasp the fact that depression is not a disorder primarily rooted in the brain, look no further than some of the most demonstrative studies. When scientists purposefully trigger inflammation in the bodies of healthy people who exhibit no signs of depression by injecting them with a substance, they quickly develop classic symptoms of depression. And when people with hepatitis C are treated with the pro-inflammatory drug interferon, as many as 45 percent of those individuals develop major depression.

So when people ask me about why we’re suffering from what appears to be an epidemic of depression despite the number of people taking antidepressants, I don’t think about brain chemistry. I turn to the impact of our sedentary lifestyles, processed food diets, and unrelenting stress. I turn to the medical literature that says a typical Western diet—high in refined carbs, unnatural fats, and foods that create chaos in our blood sugar balance—contribute to higher levels of inflammation. Contrary to what you might assume, one of the most influential risk factors for depression is unstable sugar. Most people view diabetes and depression as two distinct disorders, but new scientific findings are rewriting the textbooks. One game-changing study published in 2010 that followed more than 65,000 women over a decade showed that women with diabetes were nearly 30 percent more likely to develop depression. This heightened risk remained even after the researchers excluded other risk factors such as lack of physical exercise and weight.

Personalized lifestyle medicine that accounts for the role of the environment in triggering inflammation and the manipulation of the immune and endocrine systems is the most sensible way to approach those individuals who would otherwise be candidates for multiple medications. It turns out that it may not all be in your head—but rather in the interconnectedness among the gut, immune, and endocrine systems.

It’s time we rewrite the textbooks. And it’s time we treat depression for what it really is. 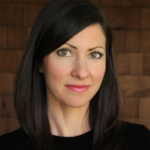 Kelly Brogan, MD, is a Manhattan-based holistic women’s health psychiatrist, author of the book, A Mind of Your Own and co-editor of the landmark textbook, Integrative Therapies for Depression. She completed her psychiatric training and fellowship at NYU Medical Center after graduating from Cornell University Medical College, and has a B.S. from MIT in Systems Neuroscience. She is board certified in psychiatry, psychosomatic medicine, and integrative holistic medicine, and is specialized in a root-cause resolution approach to psychiatric syndromes and symptoms. She is a mother of two.