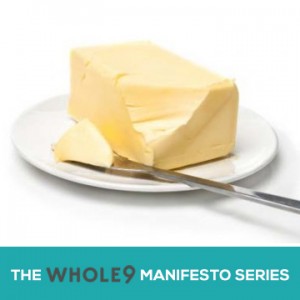 Butter is one of those foods that offends the "Paleo Police" – those who omit foods from their diet based solely on the logic, “Paleolithic man didn’t consume it.”  Yes, from a purely evolutionary perspective, blah, blah, blah.  We get it. But our perspective on food, while built on a solid “genetic heritage” foundation, isn’t really concerned with whether a make-believe Grok would have exhibited a certain behavior or eaten a certain food.  And in the case of butter, we think Grok is (mostly) … END_OF_DOCUMENT_TOKEN_TO_BE_REPLACED