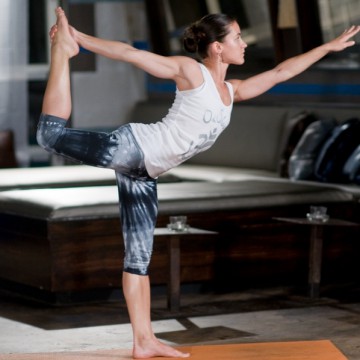 It’s impossible to talk about health without discussing movement and the increasingly common sedentary behaviour of our species.  Most of us are not really moving a whole lot during the day.

How closely does this resemble your daily routine? You lay down to sleep. You sit down for breakfast. You sit down in your car to commute to work where you again sit down for most of the day.  When finished with work, you sit in your car to commute back home, and then sit down again for dinner.  Then you sit to watch TV or interact with your computer or mobile device before laying down once more for bed, only to begin again the same way tomorrow.  Maybe you take a few breaks to stand up, walk, or head to the gym.  But there’s no doubt there’s a lot of time in the day that’s spent not moving.

It’s Not Just About Fitness

When it comes to improving your health and the quality of your life, there are many reasons to move.  Take for example the idea that simply spending less time sedentary provides benefits to cardiorespiratory health.  In a press release about this paper, Dr. Jarrett Barry, one of the authors, stated that “avoiding sedentary behaviour throughout the day may represent an important companion strategy to improve fitness and health, outside of regular exercise activity.”

We tend to think of ‘exercising’ and ‘fitness’ as the primary reasons for moving, and with good reason: your fitness is important! Being fit gives you long-term health benefits.  It provides improvements to your quality of  life by increasing your physical capacity. There’s also the reduction in limitations and fear that come with increased fitness which will give you peace of mind.

But fitness isn’t the only reason to move your body, and being fit is not required for regular movement.  I’d like to suggest an important reason for moving that doesn’t necessarily attach itself to an immediately desired outcome: move because you’re supposed to. 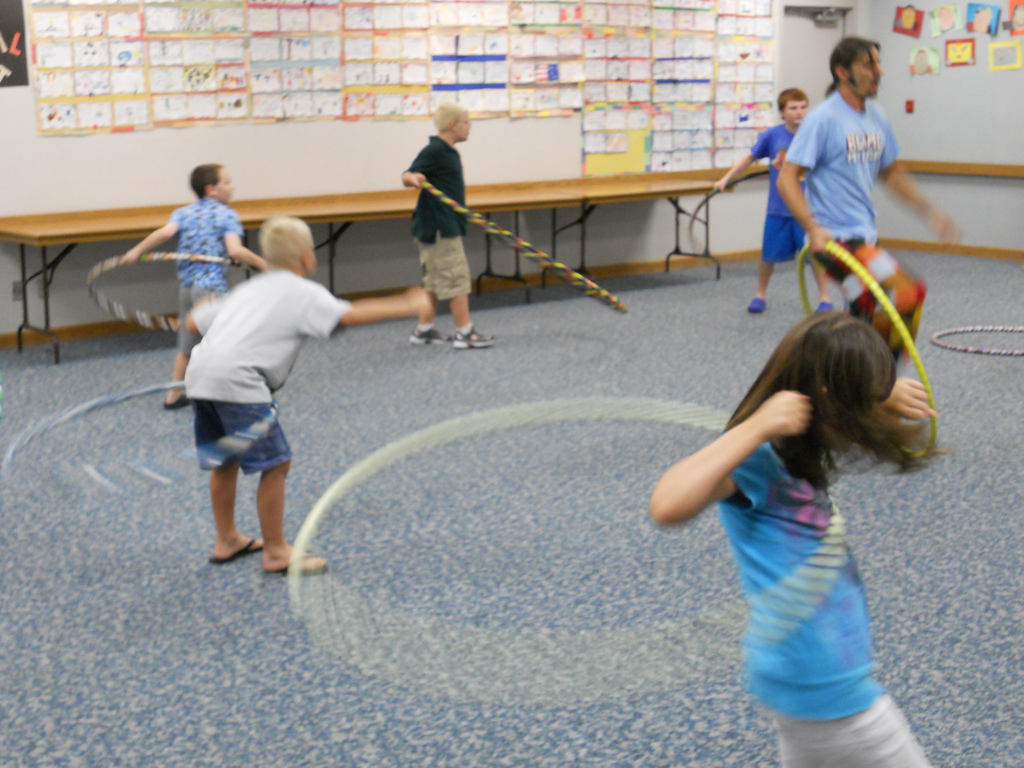 The Reason We Have Brains

Why do we have brains?

Neuroscientist Daniel Wolpert makes a case in his TED Talk that our brains are made for movement  He says, “We have a brain for one reason, and one reason only, and that’s to produce adaptable and complex movement.  There’s no other reason to have a brain.”

He also mentions an organism called a Sea Squirt which has a nervous system and a brain.  It swims around in the ocean until at some point in its life it implants upon a rock.  Once there, it will never leave – it finds a rock and takes up permanent residence thereon.  This means that it will never have to move again.  The interesting part comes in the first thing this Sea Squirt does when it implants upon its new permanent home: it digests its brain and nervous system for food.  That’s right – when it no longer needs to move, it no longer needs a brain.

If you’re not moving, you’re not doing what your brain was made to do!  But so what?

You already have a brain, and you don’t necessarily have to move as much in this day and age as you may have had to even a few generations ago.  Thanks to the way our environments have become engineered, much of the movement that you’re capable of is unnecessary day-to-day.  Thanks to the wonderful moving staircases that often accompany regular staircases in any place where climbing up higher is required you no longer have to exert yourself to do so.  Less movement!  Certainly that’s good.  And cars!  You don’t have to commute over long distances and rough terrains in order to get where you’re trying to go.  This has been an important factor in improving the quality of our modern lives.  It makes things like food, education, work, socialisation, and healthcare much more accessible.   So what’s the harm?

We should consider the impact of  over-engineering the movement out of our lives.  If you neglect movement, it impacts your brain, something which largely exists to control movement in the first place.

Aerobic physical activity causes the creation of new brain/nervous system tissue to occur, at least in areas of the brain involved directly with movement.   This is something that could prove to be very important for combating neurodegenerative disorders like Parkinson’s Disease or Alzheimer’s Disease.

Skyler Tanner, in his talk at AHS14, ‘Resistance Training, Brain Structure, and Brain Function,’ mentions that we see good improvements in both brain structure and brain function from resistance training as well (and you may get a better ROI vs. aerobic exercise).  He positions many benefits to your brain that occur when you expose your muscles to some form of resistance.  You may have thought (correctly) that neglecting to use your muscles would contribute to the loss of your muscle mass.  A true use it or lose it situation.  But perhaps you were able to (incorrectly) justify that cost.  It’s now clear that neglecting to move often can also affect your brain – not just your muscles.  Remember what happens to the Sea Squirt when it stops moving! 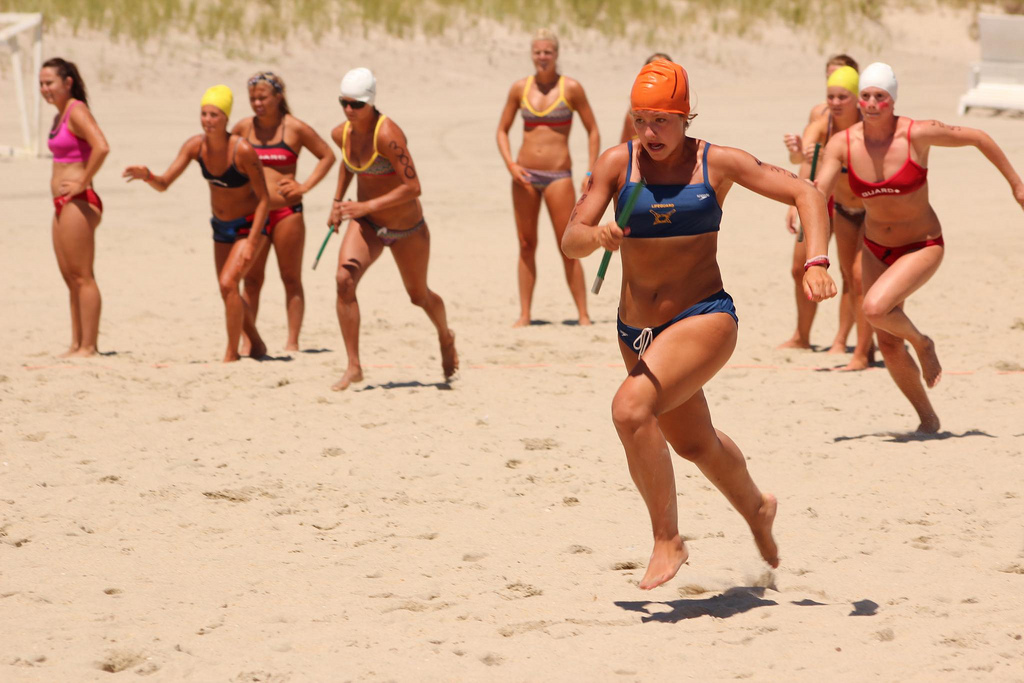 To Move is Human

Humans have an incredible capacity to move.  Compare us to other animals, and we always have a little something extra versus what they might be able to do.  We are generalist movers, though, which means we are relatively weak and slow and unskilled compared to say bears, cheetahs, or other primates respectively.  But we are still pretty good at everything, instead of being really good at only couple of things. Given this great capacity for varied movement, it’s a shame when we don’t utilise this to its fullest extent.  We tend to pick one or two things, say strength or endurance or skill development, instead of embracing our true superpower – being generalists.

I like to think about a person’s movement practice in three stages. (Not all of these are necessarily done as separate stages.)

Movement in the real world could take the form of dancing, rock climbing, parkour martial arts, etc.  Do something you’ll enjoy. Move because you’re human.  Of course I’ve not addressed in any way “how” to tackle a lack of motivation for moving, or the potential physiological signals telling you not to move.  I’m only presenting a different reason for wanting to move which may appeal to some reluctant to take an approach altogether.

You may have heard, “I think, therefore I am.” Understanding that the purpose of brains is not simply for thought, but to control movement so that we can actually put our thoughts to use, then I think “I move, therefore I am,” is more appropriate. 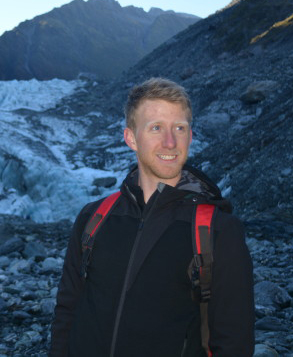 James works on the team at tracksuit-inc®, a workplace wellness programme based upon ancestral health principles which is designed to create lasting behaviour change for participants both inside and outside of their workplace. He is also a member of the Ancestral Health Society of New Zealand. He writes at evolvedhuman.com. Follow him on Instagram: @PrimalRush