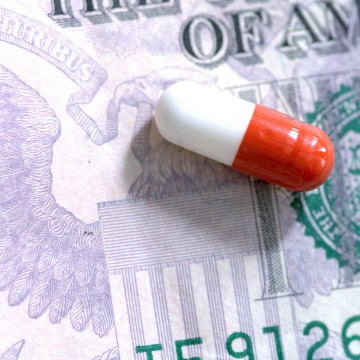 I was recently in a conversation with other fitness professionals discussing the rising cost of health care and the reluctancy of individuals to pay for high quality health and fitness direction.

Today’s lesson is a simple one. We are going to compare the cost of investing in your health & fitness as compared to the long term cost of medical care. (I actually have a number crunching client who says he has worked out real numbers on this).

To understand this concept you only need a line and a little imagination. At the far left is point A at the far right is point Z.  This line is a moving line like the belt on a treadmill or the moving sidewalk in an airport.  Point A is the earliest and least expensive point of entry. You have to hop on  the belt at some point and Point A, my friends, is the cheapest and most rewarding point of entry.

All the data points B-Y are points where you can jump on as well. B will cost more than A, but less than C…

Hopefully you understand the concept so lets frame this in terms of the cost comparison as it relates to getting on early (adopting a healthier lifestyle) vs. getting on later (paying for health care for preventable illnesses).

Let’s say points B-F represent hiring a fitness coach to direct your wellness journey. You practice responsible fitness, learn what constitutes good recovery, proper nutrition and how to better deal with stress. You are coachable and thus you put these skills to work 90 percent of the time.

More importantly, you become enlightened and realize that all this time and investment gives back in the form of a better quality of life both now and later. You don’t require medicine so you save a bundle.

Points K-O are arbitrary points in the future. If you don’t get on until here, it is much more costly. Its probably associated with one or several metabolic issues, a little elevated BP, high body fat, lack of mobility and piss poor strength for a homo sapien mammal. Years of shunning the obvious comes with a cost and it’s expensive to correct these issues. Don’t believe me?  Here’s a few reality points located here and here. Insurance got you covered? Good luck.

Points P and beyond are more of the same but worse. You have low quality of life because you are in every waiting room in the city waiting to see more specialists. You likely can’t squat to the toilet, nor pick up the cat litter and you have a 911 alert monitor.

I want to be perfectly clear. What I’m talking about are wasteful, lifestyle triggered illness and disease. (My heart goes out to those battling conditions that are not of their own accord).

I’m fortunate to train a number of doctors ranging from general physician to specialist.  They humbly submit themselves to my teachings and see that my health and fitness preparation is somewhat a stride or two north of Point A. They know that investing time and money in my coaching loads up the averages in their favor so they spend less later than they would if hopping on the moving sidewalk at point T.

Yes it costs money for quality fitness direction. But, it pales in comparison when you look at the mountain of money that will be spent to keep you alive with any number of preventable illnesses later. The return both financially and in quality of life far exceeds the investment.