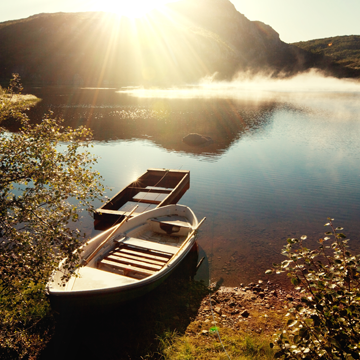 Blue Screen of Death, Anyone?

Just like your computer, phone, and nearly every other gadget in your life, you come with a factory setting: the way you are programmed to operate and all the software this requires.  Let’s say that your basic factory-set operation requires you to eat only certain foods; move relatively frequently—at times fast, and at other times, under a degree of heavy load; recharge (sleep) for a certain period of time; keep synchronicity with the sun; to keep stressors intermittent; and to socialise regularly and in-person.

These all become your basic operating parameters.  Not set in concrete—you can operate outside of those basic parameters for brief periods.  But generally, these settings detail how you were intended to operate, honed over generations of testing.

What if, then, you begin to operate outside of your design specifications?  You begin to add all manner of novel food-like substances into your system. You limit movement or cease it altogether. You inadequately recharge your system. You desynchronise your internal clock. You stress the system chronically.  You spend more time online than outside in the real world.

Such a violation of your normal modes of operation would surely void your warranty.

In the computer world, it is a well-known fact that when you run multiple programmes on your system (particularly those which might be more novel, bug-ridden, or come from a third-party), some ‘conflicts’ or mismatches begin to occur.  The system can run slow or even crash—blue screen of death, anyone?

One possible way of fixing such a scenario is to uninstall all of the problematic programmes and wind the system back to a point in time when it was functioning normally—in other words, perform a ‘system restore’ back to a known point in time when few, if any, conflicts existed.

This system restore requires that we eat the foods which best approximate those of our ‘factory setting’—our ancestral past. The same holds true for our movement and sleep patterns, our daily synchronisation with light and dark cycles, and appropriate seasonal rhythms. It requires us to find ways to manage our stress toward a more intermittent ‘load – unload’ pattern and to socialise with a real face rather than a Facebook.

While this system restore can take many forms—the Whole9 Factors and a Whole30 reset, 10 Primal Laws, or 9 Steps to Perfect Health—the underlying purpose is the same: to reset your system as best we can and as closely as possible with your factory setting. The success of this strategy, and the time it will take to have an effect, will often come down to just how committed an individual is to taking all of the individual programmes (food, movement, sleep, etc.) back to those basic settings, and removing all of the novel and potentially problematic programmes (modern food-like substances, movement restrictions, sleep disruptors, etc.).

Why You Can’t Hack Your Life

What is often missed in this system restore strategy is that some of the things which may have been causing conflicts can actually be reintroduced and tested once the system has been fully reset and stabilised. If you can’t imagine life without ever eating your most favourite legume, then the system restore process would require you to remove this food in the first instance, give your system time to settle back in to its reset point, and then add it back to test its compatibility with your system. If after a system restore you can successfully eat legumes without any problem, they can become part of your life again. If, however, there becomes a ‘compatibility’ issue with this food, you may need to reconsider their place in your diet, or accept that your system won’t run optimally if you leave them in.

Sounds simple enough, doesn’t it? Then why aren’t we all successfully restoring our systems after a long vacation, a stressful time period, or at any point when we realize our system is crashing? Too often we see people refuse to push the reset button in the naive hope they can instead find a ‘hack’—a shortcut around all of their lifestyle mismatch issues. (For the record, this doesn’t work long-term, and often makes things even worse.) Additionally, we see the fear and false belief that people can never go back to their favourite things ever again—even if these things prove to be 100% compatible with their system (like coffee).  Still others become stuck in ‘system restore mode,’ too afraid to step beyond their restore point and test new things. (“I can’t eat that—it’s not Paleo!”)

Remember, a system restore is just a starting point—a place you know works well, a place from which you can confidently tweak and add on and modify your programmes to your liking. You’re not stuck with factory settings forever, nor should you want to be! There are so many programmes that will work well with your basic operating system, adding fun and excitement and happiness to your overall quality of life.  So use the common guidelines of returning to eating real food whilst removing fake foods, moving every day whilst sitting less, getting adequate sleep by going to bed earlier (and so on) to restore yourself back to your factory setting. This will provide you with the best platform and opportunity from which to test the compatibility of new programmes in your life—and avoid your own personal blue screen of death.

Have you successfully “restored your system”? Or are you one step away from the blue screen of death? Let us know in the comments below.