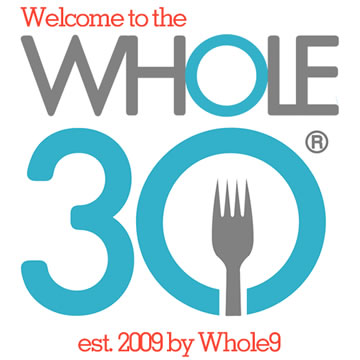 In 2011, we discovered this cool new “sandwich wrap” substitute, made only of coconut. Dubbed “The Pure Wraps,” we thought of them as the perfect grain-free meat-and-veggie-holder-togetherer, like using a lettuce leaf or sheet of nori (only less messy). We had some great conversations with the owner of the company, felt good about the product, their quality, and the company, and decided to make them Whole30® Approved.

Over the last two years, this has been the most hotly contested Whole30 Approved product to date. We’ve heard more than a few questions about why these were okay on the Whole30, but other “substitutes” like Paleo breads or tortillas, weren’t. Whole30 Forum member Jeepifer asked, “I’m a little confused as to why a ‘wrap’ would be okay, but not a Paleo bread? Isn’t that kind of the SWYPO mentality, subbing a Paleo-fied item?” (Refer to the SWYPO rule–no “Paleo-fied” baked goods, treats, or junk foods.)

At the time, we felt justified in our logic that these wraps weren’t a craving-inducing replacement for bread, tortillas, or other grain-based sandwich wraps. While a Paleo pancake looks and tastes like a pancake, these wraps in no way look or taste like any bread item we’ve ever had–they’re more of a substitution (like spaghetti squash for spaghetti) than a straight swap. But honestly, the more we thought about it, the more we realized… you were right. Why a wrap but not bread? Or tortillas? Or biscuits? (Or any number of Paleo-fied grain-free baked goods they’re coming out with these days…)

So, in an effort to apply consistent logic to the rules, and to avoid further confusion, we are removing Pure Wraps from our list of Whole30 Approved items. For those who are disappointed, we’re sorry–we’re certainly not trying to make the program harder for you. But in retrospect, we made a mistake on this one. And in an effort to bring you the very best program we can, with rules that are designed to maximize your success in every way, we’re taking it back.

Sometimes we get it wrong, but we’re willing to admit it, and do what we need to do to make the situation right. Thanks to all who prompted open dialogue on this issue. We’re always happy to have a respectful discussion about any aspect of the program, and you are always welcome to share your ideas to make it better with us.

But pancakes are still off limits, even if they’re just made with bananas and eggs. We’re not budging on that one. (And we don’t think you’d want us to.)

Dallas, Melissa, and the Whole9 team