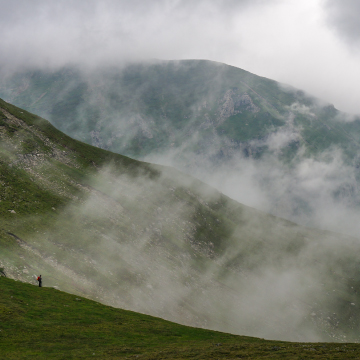 Social media has always been a bit of a double-edged sword for us.  Having a presence on the likes of Twitter and Facebook has allowed us the opportunity to share with, receive from, influence, and collaborate with many more people than we would ever otherwise been able to.  Through the connections we have made online, we have been able to forge strong friendships with people we get to meet in person when we travel.  Social media has opened up opportunities for us both when attending the likes of the Ancestral Health Symposium, and has allowed us to launch initiatives such as Whole9 South Pacific, and more recently, the Ancestral Health Society of New Zealand (AHSNZ).

We have sought solace in finding like-minds on the internet and there has been the sense that our online socialisation has been the best we can make do with in the absence of having ready access to real life friends.  But things have felt more uneasy on the online socialisation front after having a series of fantastic real-life social interactions with a great bunch of like-minded individuals spanning much of this year.

Travelling for our Whole9 South Pacific workshops has allowed us to catch up with some cool folk in person.  And we have received visitors from faraway lands such as Canada and the Maldives. But the pinnacle of our real world socialisation came in August.

After a quick stint back in New Zealand, and some time spent with some cool folk there, we legged it on up to the US of A and the Ancestral Health Symposium, and what turned out to be a smorgasbord of socialisation and fun.   The backbone of our Twitter feed – the very people we looked forward to interacting with in 140 character chunks on a daily basis – exploded into full Technicolour 3D life for three fantastic days.

And that is when the problems started.

We returned home, back to our little corner of the world, and largely back to being and feeling isolated.  Sampling good friends in small 140-character slices just didn’t taste the same as being able to devour them whole in real life.  Twitter was now a deeply unsatisfying and a lousy distraction.  It was time for an experiment and our anti-social [media] September (A.S.S.) was born.

The premise was simple – no use of our personal Twitter accounts for engaging in any social interactions.  We had our W9SP Twitter and Facebook accounts, which we would continue to keep active, sharing events and information on.  But the aim was to not use these social media platforms for personal communication.  All social media-related alerts were shut off.  We gave everyone a heads-up of our plans, and let those friends know, who we wanted to keep contact with, our private contact details, stating that we were freely accessible ‘offline’.  Friends were able to reach us via email, text messaging, and Skype chats.

As the crow flies, I work about 2500km away from my Head Office and approximately 25m from where I sleep every night.  Twitter, for me then, had become not only my link to a lot of the information which is important for the role I have in my work, but also my link to the outside world.  My peeps on Twitter had become my equivalent of office buddies.  So in the first few days of my A.S.S. it was like I had been sat in the naughty corner and not allowed to speak to anyone.  It felt like I had lost a large source of stimulation during my day and I went a bit flat. Sound familiar, sugar junkies?

I used a blocking app to ensure I had big chunks of my day of being unable to log in and check my feed.  I still wanted to access the good links that many people put up but without the temptation to be doing this too frequently.  When I did log back in, I noticed the repeating patterns of posting from some people and how they had been affecting me.   I realised that I was becoming increasingly frustrated by people playing out their every thought, fear, and angst, 140 characters at a time, and just how much this was sucking the emotional daylights out of me.

At the same time as I was getting over my Twitter withdrawals, something very cool was happening.  Away from the public face of social media, I was having some great interactions with people whom I really value.  I was getting emails, sharing more personal text messages, and instead of spending 10 minutes trawling through a Twitter feed, I’d grab a quick Skype chat.

Whilst still not quite the same as the real-life interactions of Atlanta, this deeper level of communication (especially the face-to-face communication of Skype), was far more emotionally energising.  I could feel myself become more focused and instead of just covering my day job and being on Twitter, I have been able to get so much more done, such as getting the ball rolling on the AHSNZ.

I am now back using my Twitter account, but I have an entirely different relationship with it now.  It is largely a tool for me to source information for my own personal development.  It is no longer a place to hang out.  It is not constantly on in the background and I feel no need to tune into the chatter and the noise.  I have set up lists so that I can pull them up, given them a quick scan since the last update, click through on anything of interest, then shut Twitter back down again.  I also have people who share stuff directly with me, so I never really miss out on anything.

I really look forward to those little private and more personal touch points from friends via other mediums.  Getting a text message or email, talking face-to-face, arranging in-person visits, or seeing what friends are up to via a shared picture (which is at least the equivalent of 7.14 Tweets), are all things I value far more that constantly checking in with and trawling Twitter updates.

In preparation for my A.S.S. I deleted Facebook and Twitter apps on my electronic devices. I announced to everyone that I am not retreating into a metaphorical or real-life cave, that I am not giving up on shaving and flushing toilets, and that I will still be contactable via email, phone, or (gasp!) in person, aka Skype.

The morning of September 1st was weird. While we normally have a technology ban during meals, I used to check my Twitter and FB feeds while sipping my coffee. Missing that ritual was a little uncomfortable. Next I got to work and, as usual, started my rounds to see all the patients. Once the rounds were over and we split up to do jobs, I found myself walking along the hospital corridor with a phone in my hand, blankly staring at the screen.

It took me full 10 seconds to realise that I must have pulled it out to check Twitter but since there was no little blue birdy icon on my screen, my brain was totally confused. For the remainder of the day I continued to notice that I pull my phone out whenever I walk between wards, when I have a minute between typing discharge summaries, when I have another coffee, when I have lunch, when I walk down the stairs with a cup of coffee (what could possibly go wrong in this scenario…), you get the picture.

For the next few days I had to re-teach myself not to touch my phone unnecessarily. I started to look around as I walk the familiar path between surgical wards. I started to LOOK at things: a new poster on compartment syndrome (how long has that been on there?), patients pushing their IV pole, co-workers giving me a friendly nod, fluffy bunnies in our courtyard (yes, really!).

All of a sudden I had MORE TIME. I found that I could do menial tasks like documentation associated with discharging a patient without needing to mentally hop to something different. It was like endurance training for my mind: maintaining concentration on one task without feeling foggy, restless or mentally fidgety.

This new focus reminded me of something Mark Sisson says in his books “The Primal Connection”. One of the Ten Habits of Successful Hunter-Gatherers is Be Present. If you are not present in any given moment, if you let your focus drift, if your eyes became unseeing, you will not survive for very long. But being present is not just about being vigilant. It’s about absorbing the world around you through all your senses and enjoying the smallest moments to the fullest.

I have since returned to social media. I missed the interactions with those who share our passion for health, good food and vitality – most of them live so far away. But I watch like a hawk my habit of shutting myself from my immediate real world. I try to still my “monkey brain”, which has been conditioned to jump from one sound bite to another. When I interact with my online friends I give them my full attention, because this is what they deserve.

Could You Use a Social Media Holiday?

Like the Whole30 and food, our social media experimentation changed our relationship with it.  If you feel social media dominates your time and attention too much, we encourage you to run your own anti-social [media] 30 to regain some control and maybe even some better quality time with friends.

Have you ever taken a break from social media? How was your experience? What tips would you share with others considering it? Share in comments.