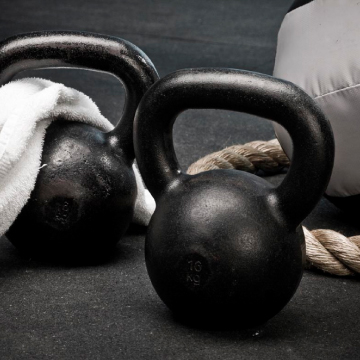 Written by Melissa in 2011, after a very bad day in the gym

I was working a strength program this fall and winter, hitting some Olympic lifts and up to two additional strength movements a day, limiting met-cons to sprint-style bursts.  Since coming off the road in late November and working hard in the gym, I’d put on at least five pounds of muscle, which was doing great things for my squat and bench and overall general happiness.  It was not, however, doing good things for my pull-ups.  I’d kind of abandoned pull-up work this summer, having fun with other stuff and neglecting my dead hangs.  As a result, I set myself a goal of getting back to five dead hangs by the end of the year – not a personal best, but a decent goal based on where I was when I started in October (which was back down to… one).  Aggressive, but I thought once our travel schedule let up and we were able to train on more regular basis, I could make faster progress. And for a while, it seemed as though I was.

One day in the middle of my cycle, I went into the gym for a normal training session and decided to re-test my pull-up strength.  I hopped on the bar and cranked out… one.  One dead hang pull-up was all I had in me.   This was major backwards progress!  I dropped off the bar, stomped my foot and immediately proceeded to ruin the rest of my session with negative thoughts.    “This is total (bleep).  Why am I bothering to work my (bleep) off in the gym if I’m not making any progress?  I might as well just save my time and go back to that (bleeping) Thai aerobic class.  At least then I’d be having fun.”

Dallas tried to reason with me, citing a whole host of factors that would have impacted that one day’s performance.  He rationalized that one attempt of one movement cannot be extrapolated to the big picture.   He told me to chalk it up to a tough day and let it go until tomorrow.  But after five more minutes of watching me host my own little pull-up pity party, Dallas grabbed me by the shoulders, looked me in the eye, and spoke three little words that have stayed with me ever since.  “It’s just exercise,” he said.

Those three little words gave me pause, because for most of us, it is just exercise.  Emphasize any word you like – it IS just exercise, or it’s JUST exercise, or my favorite… it’s just EXERCISE.  Most of us aren’t professional athletes or Olympic contenders–99.9% of us are not getting paid for our time spent in the gym. And for those of us who aren’t professionals, for whom performance doesn’t actually make a difference to our fame or fortune, sometimes we get a little (okay, a lot) too worked up about our workouts.

Dallas’ admonition helped me to remember why I exercise in the first place.

I train because I love it.  I love picking up heavy things, swinging kettlebells,  moving my body and feeling strong.  I love having a goal and working towards it, checking off objectives along the way.  I love meeting people who like the same things I do, who can teach me new tricks or show me a better way to move the same object the same distance.  I love seeing my body change, watching muscles develop, seeing a few extra pounds on the scale.  I love feeling strong when I do “real life” things like paddleboard or mountain bike. And finally, I train because it makes me happy, plain and simple.

But none of those factors add up to life or death.  If I don’t make my pull-up goal, my Mom is still going to love me, my bank account is still going to look the same, the number of books I sell won’t dramatically fall off.  And, as Dallas went on to remind me, we go to the gym most days to train, not to test. So maybe that day, my pull-ups weren’t so hot.  It doesn’t mean I’m not getting stronger or better.  It just means I had a bad day due to lack of food or sleep or yesterday’s training or poor mental focus.  So, really, extrapolating  the results of one attempt at one movement on one specific training day to the general success of my overall physical fitness is just plain dumb.

Even if my pull-up stats crumble, which they darn well might in the short-term if I keep adding muscle mass… it doesn’t really matter.  Because it’s just exercise. I’ve got far more important things in my life to be proud of, worried about, and focused on… and it’s stupid to let a few seconds on the clock, a missing rep, or a lighter bar ruin your day, and the view of your big-picture health and fitness.

However, that’s not the end of the story, because despite the fact that it’s just exercise… in some ways, it’s NOT just exercise.  We’ll be posting Part II of “It’s Just Exercise” next week, so stay tuned.

Do you take exercise too seriously? Are you too hard on yourself when you miss a lift, have a bad workout, or fail to score a P.R.? Drop thoughts to comments.