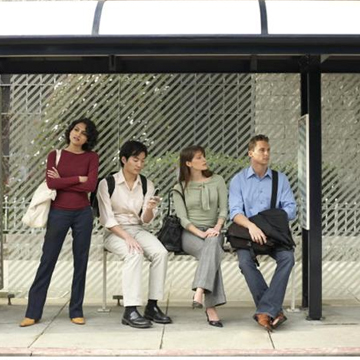 By Melissa Hartwig, who reminds you she is an introvert AND  from the East Coast

Let’s start out by saying I’m from New Hampshire, where people as a rule do not talk to each other much. Oh, us East Coast folks are polite and nice, but we generally keep to ourselves when dealing with strangers. It’s not in our makeup to ask our grocery store clerk how their day is going, or our waitress whether she has any kids.  In fact, I’ll tell you a story. Three years ago, we were visiting Dallas’ family in British Columbia and took a trip to the grocery store. While checking out, the cashier smiled at us and said, “How’s your weekend going? What are you guys up to?” And I looked at Dallas and said under my breath, “Why is she talking to me?”

And yet, talking to cashiers (and cab drivers, and waiters, and strangers in the grocery store) is exactly what I’ve found myself doing on a daily basis since January 1st, as part of my “n=1” experiment on socialization and stress.

But I’m getting ahead of myself.

Over the last year, we’ve increasingly realized the importance of socialization to a healthy, happy existence. (We’re not talking Facebook friends and text messaging, either—we’re talking in-person, human-to-human contact on a daily basis.) In fact, because it’s so important, we recently made socialization one of our 9 Factors, right next to stress management.

The idea for the Great Social Experiment started when Dallas began sharing his research into stress and socialization as part of his Functional Medicine studies. Articles like this and this speak to the powerful effect social interaction has on our HPA (hypothalamic-pituitary-adrenal) axis, which (via oxytocin, in part) provides a buffer against the physical and psychological consequences of stress and stress-related diseases. In laymen’s terms?

With this, the initial seed was planted— but the turning point (and the idea for the Experiment) didn’t come until I found myself re-reading surgeon Atul Gawande’s fantastic book, Better. In the Afterword, he gives advice to medical students on how they can make a worthy difference in their patients’ lives. The first piece of advice was as follows:

He goes on to explain that in our busy days, all we want is to get on with the business at hand as fast as we can… but that making a connection makes “the machine begin to feel like less a machine.”

These two concepts—stress mediated by social interaction, and making a genuine connection with people in our day-to-day lives—stuck with me. I began to ask, “How can I apply these ideas in my everyday life?” Heaven knows I had some stress at the beginning of the year—an insane travel schedule, finding a happy work/life balance, and the imminent arrival of our first baby, to name a few. And I wondered if I could combine what we were learning from scientific literature in a way that also made my “machine” feel less “machine-like.” 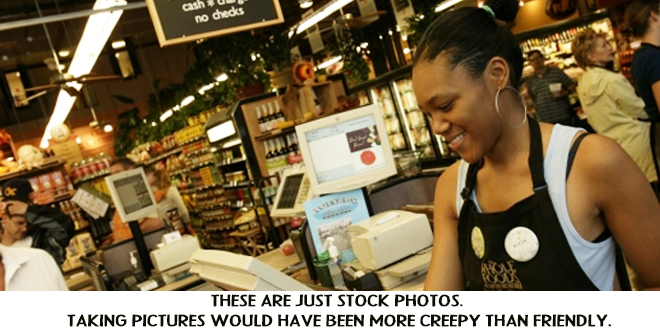 So I decided to see if asking a question and making a genuine social connection in my daily life would help mitigate my stress. Starting in January, the Great Social Experiment was born.

The experiment: Ask an unscripted question of at least one total stranger every day, and evaluate how the process makes me feel from an emotional, mood, and stress perspective.

And so it began. For the last three months, I’ve kept up with this experiment on a near-daily basis. At first, this felt very forced, and often awkward. But with time, it became more natural—and eventually, downright fun.

Here are some examples of conversations I’ve had over the last three months: 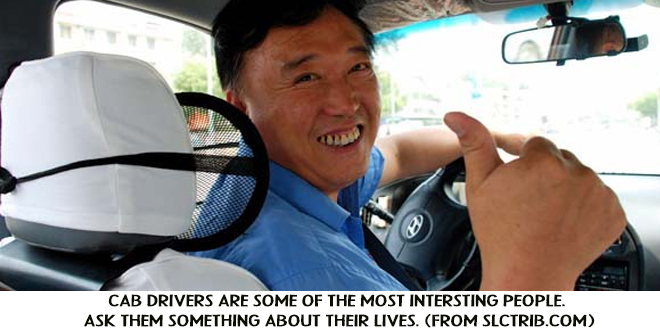 Now, you may be saying, “I can’t do that—I’m an introvert. It’s not in my nature to be outgoing.” But based on both the Myers-Briggs and FIRO-B personality profiles, I’m decidedly on the introverted side too.  (Surprised? It’s true.) And I’m from the East Coast, where nobody talks to anybody. The moral of this story is that if I can do it, you can do it.

It may feel odd, but in some parts of the country (like Portland, OR, or most of the South), talking to people you meet throughout your day is actually a normal experience. The more you practice, the more natural it will become. And you don’t have to become best friends with these folks—in fact, chances are, you’ll never see most of them again. The point is just to have a moment of genuine social connection in your day.

Also, you may be thinking, “Won’t people think I’m weird and ignore me?” Maybe—but you’d be surprised how starved people are for genuine conversation. Not once in my efforts did anyone totally blow me off. Not once. Some people were obviously not in the mood to talk, so I just let it go after my initial question. But most of the time, people were thrilled to be asked something about themselves, their day, their lives. And most were happy to share this brief moment of social connection with me. 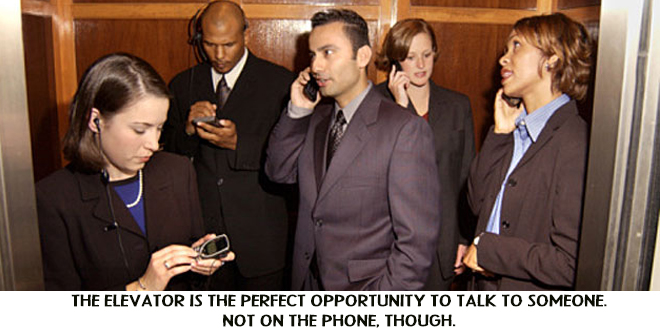 The further I took this experiment, the happier I was with the results. First, I discovered that it really did make me feel good to share in these exchanges. I left each one with a smile, and more often than not, felt decidedly happier. In fact, it was hard not to feel happier, having just made someone else happy by asking them an unexpected question about themselves. So really, with every exchange, two people were left happier, and maybe went on to have better days because of it.

Interestingly, it was the moments when I wanted to talk to someone the least that I experienced the most benefits. I had days when I was feeling down, stressed, anxious, and the last thing I wanted was to plaster a smile on my face and be nice to my cashier or waitress. But I did, because it was part of my rules… and it never failed to pull me out of my own head, if only for a short period of time. This was perhaps one of the most valuable lessons, and the one that reinforced the studies we’d been reading.

I originally planned to conduct my experiment for a month, but I’ve honestly enjoyed the results so much I’ve just kept it up. It’s now very natural and spontaneous for me, and I enjoy seeking out opportunities to engage with people I meet throughout my day. Even Dallas has commented how different it is to see this side of me, but how nice it is that I seem to be having so much fun with it. He’s often the one waiting for me now, car keys or grocery bags in hand, while I chat it up happily with whoever I happened to bump into in our errands or travels.

Begin Your Own Experiment

Of course, there is nothing actually scientific about this experiment—but that doesn’t mean the results aren’t completely valid for me. I’ve gained so much from this initiative, and really believe that if others incorporate this idea into their day-to-day lives, we’ll all be a little bit happier, and a little less stressed.

Are you willing to conduct your own Great Social Experiment? Keep us posted here in comments… and have a great day.