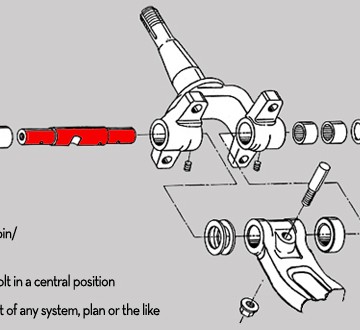 Our bodies have complex regulatory mechanisms for food intake and energy expenditure, and the complexity continues to confound scientists seeking to understand these relationships. However, a little over 15 years ago, the discovery of a hormone called leptin, and a growing appreciation for its central role in managing both how much you eat and how much you move, has somewhat clarified the very muddy waters.

Why We Get Fat

Yes, we stole that from Gary Taubes. Taubes, among scores of science writers and actual scientists, has written extensively about the central role that the hormone insulin plays in the storage of body fat. It’s a well-established “fact of life” that insulin functions to let calories (i.e., energy, including carbohydrate and fat) into your cells for immediate usage, and/or storage for future usage. Limited amounts of carbohydrate can be stored in the liver and muscles in a form called glycogen, but it can be converted into an even more “compact” form for longer-term storage: fat.

See, body fat is not a bad thing. It’s what allows us as a species to survive long periods of food shortage. It’s what allows us to not eat for a couple days when we have the flu, and it’s what allows athletes to perform such amazing feats like running from New York to Los Angeles. But our bodies are pessimists. Our DNA always expects, despite the surplus of readily-available energy right now, that food will run out soon, and therefore, the only way to survive this coming famine is… store some energy as fat. It’s as natural as breathing.

But, of course, for those of us in the developed world, there is no famine. Ever. We’ve practically forgotten what it’s like to even be hungry, much less to be actually (temporarily) deprived of food. It almost seems like we (us Westerners) believe we have an inherent right to not be uncomfortable, feel pain, be hungry, or otherwise experience biology’s more unpleasant realities. “Rising above” the realities of nature is a dangerous – and foolhardy – trajectory. But we digress.

As fat is a storage depot for energy, it is important that your body have a way to measure how much fat you have at any given moment, and to control your behavior (primarily, eating and activity) accordingly.

Leptin is a fascinating, powerful hormone that was only discovered in 1994.  As such, the research into leptin’s regulatory role is in its relative infancy. However, there are a few things that we do know:

Now, this discussion has already stepped beyond what you really need to know about leptin, but many folks (ourselves included) really want to know the whys and hows. These points explain a few of those things – but there is so, so much more. Adiponectin, NPY, Agouti-related peptide, ghrelin, orexin, interleukin-6, TNF-α… the list is long. We’ve read literally hundreds of studies that have contributed to our understanding of this stuff, and will continue to learn as new research is published. We’re not going to throw down a comprehensive physiology lesson here (partly because we don’t know everything), but we wanted to share some of our thoughts on leptin as a kingpin of metabolic regulation.

So, based on the thousands of leptin studies in the last decade-and-a-half, leptin seems to be a pretty central player in regulation of metabolism. (And don’t think that drug companies don’t want to figure out how to use leptin to treat obesity. They are scrambling to find a way. There’s big money in people being fat – and trying to get unfat.)  But all that being said, why are we writing about leptin?

We also think that there is no one “right” reason for why we get fat. Do highly-rewarding foods promote overconsumption? Unquestionably. Do foods that promote chronically elevated insulin levels tend to drive the deposition of body fat? Sure do. Do foods that promote increased gut permeability (and thus inflammation) play a role in leptin resistance and the pathogenesis of obesity? We think so.

But it’s not just food that makes you – or keeps you – fat. Sleep plays an important role, too. And chronic stress is a surefire way to create leptin resistance. (Cortisol potentiates leptin secretion, for those of you who care about the how.)  Creating excessive inflammation via over-exercising (or, as we prefer, under-recovering) can further disturb leptin and insulin signaling.

There Is No Easy Button

We’re not the only people who view altered leptin signaling as a central problem in the pathogenesis of both obesity and other metabolic conditions, including thyroid dysfunction and some eating disorders. But as central as proper leptin function is, it is not the cure for all your woes. It will not be the “quick fix” to finally getting lean.  We observe many trends in our online fitness/health community, and lots of people are writing about leptin these days.  But please understand that this is only one aspect of the underlying mechanisms that make each of us healthy… or not as healthy as we could be. It’s not that easy. Sorry. (Yes, we’re #paleobuzzkills.)

In order to optimally integrate all these factors into a life that is healthier in the future than it was in the past, you have to address all the components. Unfortunately, simply eating a healthy Paleo-ish diet and exercising smarter-not-harder cannot undo all the damage that your old habits caused. The route from B to A is not always the same as it was from A to B.

So How Do I Get Fixed?

We’ll be writing more about this in upcoming posts, so stay tuned for implementation recommendations. In the meantime, take a good, hard look at your individual context from a big-picture perspective.

Your health depends on it.

In addition, you can also pick up the book Mastering Leptin. Byron Richards has been writing comprehensively about leptin since 2002, and many leptin protocols floating around the internet are based on his material.

As always, we welcome your questions, comments and general discussion.