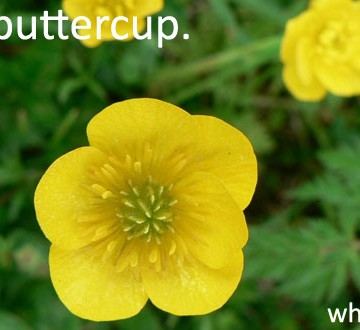 **This is a revised version of the original Buttercup post, originally written for the Urban Gets Diesel blog.**

The subjects of rest, recovery, over-training and injury are hot topics in any health-minded community.  Debating, “Should I rest or push through it?” is never-ending, and a quick Google search, message board scan or poll of the coaches in your gym will provide you with rationale to back up whatever decision you choose to make.  A while back, a popular fitness message board entertained this discussion, with one participant writing, “It always seems to me that pain and discomfort are inevitably handled the wrong way by most people. Either you are like most of ‘us’, and you’re really tempted to (and often do) train through it.   The (other) kind of people…are the kind that use pain or discomfort as an excuse to give up the program all together. So why is it that we all deal with discomfort in different – but wrong  – ways?  Those that need rest often don’t take it, while ‘they’ use it as an excuse to throw their hands in the air and give up.”

What the author was proposing is that both groups – the hard-core, elite athletes and the recreational, less committed exercisers– handle over-training in the opposite fashion. “We” push through the pain, even when severe, while “they” choose to bail under only mild duress. From this, it sounds as though the motivation for both sets of actions – pushing through and bailing – are polar opposites. Upon thinking about it further, however, we propose that both groups are, in fact, doing the same damn thing.

Two Sides of the Same Coin

People naturally choose the path of least resistance. For the non-athlete, a little bit of pain (usually in the form of delayed onset muscle soreness, or DOMS) is an easy excuse to abandon their program altogether. For those who aren’t committed, aren’t motivated, aren’t excited about hitting the gym, skipping their workout (or a week of workouts) requires the least amount of effort, and is quickly justified to themselves and others. “Better safe than sorry” is far easier to tell yourself than, “Suck it up, buttercup”, despite the fact that moving around is often helpful for general muscle soreness.

After you gain experience with training, however, you’ll know the difference between DOMS and over-training, being beat up and being injured.   Where you go wrong is ignoring that difference, and continuing to train through more serious conditions. See, YOUR path of least resistance is for you to ignore the pain, weakness or illness and simply push through it.   Wait, hold on… that doesn’t sound easy!  That sounds like you’re toughing it out and taking the harder route.  Sounds like it, maybe… but it’s not.  Your path – ignoring the signals your body is trying to send you and pushing through anyway – is easy for two reasons.

Your Path of Least Resistance

First, by pushing on (even when you know you shouldn’t), you can then maintain your Training Plan. The alternative  is to take an unscheduled rest day (gasp!), and deal with the consequences of having to abandon The Plan. So you will ignore pain in your shoulder if it’s push jerk and pull-up day, because, well… it’s PUSH JERK AND PULL-UP DAY. And if you miss that, then when are you going to make up that workout? Because you can’t skip deadlift day. Or squat day. Or met-con day. Maybe you could do two workouts on Saturday, but even you know that doesn’t sound very Smart. So given all of these competing, confusing, seemingly unsolvable issues… it is easier just to stick to The Plan and train through the pain.

Just as significant is the fact that unplanned rest can be even more mentally taxing than your physical training. Spontaneous and unwelcome days off can wreak havoc on your constitution. We heard one gym-goer describe it like this: “Often (extra rest) can far surpass actual physical discomfort or pain. I know I need to rest, but my brain says – you are a wuss, you should just suck it up and do the workout, all the cool kids are doing it”. Successfully making it through an unplanned rest day is, for most, an exercise in mental discipline. You feel weak, lazy, chubby, slow. You feel like a quitter, a slacker, a tourist in FitnessTown. And that little voice inside your head can be pretty persistent… which makes it even easier to just say, “Screw it, I’m going to the gym anyway”.

But look… that course of action is no different than the other side of the coin, where the non-athlete would abandon the entire week’s efforts because of one day of discomfort.  The “difference” is often erroneously perceived because it appears as though you are so dedicated that you can will yourself to train through anything. But pretending your over-trained, injured or sick status simply doesn’t exist is taking the lazy way out… and in essence, no different than giving up entirely.

You Don’t Get Fitter By Training, Right?

Improvements in fitness don’t come while you’re training… they come while you are recovering from training.  And just like your actual exercise, recovery is an active process, and requires serious effort. You have to devote time and energy to my recovery – you have to get enough sleep, eat enough high quality food, drink enough water, stretch, foam roll and care for your muscles. You can’t just sit back and expect it to happen all by itself – yet that is what you are trying to do, every time you decide to blindly follow Your Plan despite being over-trained, ill or injured. So the next time you’re thinking about taking the lazy way out, remember this – your recovery deserves just as much attention as your physical training, and demands just as much mental discipline. Which means that, “Suck it up, buttercup” may just need to be the mantra for your next REST day, too.