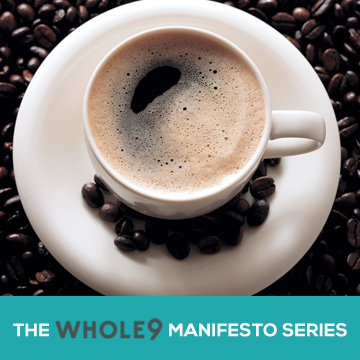 To give this article some context, know that we are not here to either glorify or indict coffee.  We would simply like to present a balanced, rational perspective on caffeine consumption, whether it’s sourced from coffee, tea, or (gasp!) those poisonous Monster drinks.  Just because you thoroughly savor a cup of Misha’s Route 66 blend doesn’t mean that experience is automatically a healthy one, so let’s explore the subject of coffee and caffeine. 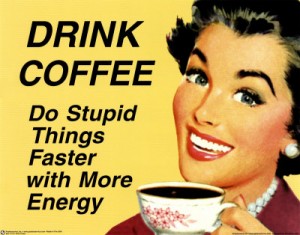 We’ve loved coffee – and its principal psychoactive compound, caffeine – since our very first sip.  And like most people with most vices, we have always found a way to justify our ongoing consumption. We’ve cited research that coffee consumption decreases the risk of Alzheimer’s disease and diabetes, and that it is inversely correlated with inflammatory markers and markers of endothelial dysfunction. Black tea (which also contains caffeine) is also associated with decreased risk of diabetes, and though it’s not clear if the caffeine itself is responsible for this effect. Caffeine also exhibits some potent ergogenic properties during endurance activities and anaerobic exercise.  We’ve even made recommendations to some of our consulting clients who are competitive athletes on how to maximize the ergogenic effects of caffeine on game day. However, our personal experiences and growing understanding of caffeine’s potent impact on our neurological and endocrine systems has led us to reexamine the role of coffee and caffeine in a healthy lifestyle.

Caffeine – the good, the bad and the adrenal fatigue 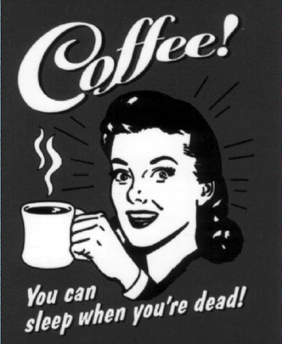 For starters, caffeine is a stimulant drug. Caffeine’s stimulatory effects can help us get through times when we need a little “pick-me-up” to stay alert, like while driving late at night or studying for a big exam. However, chronic caffeine use has also been shown to significantly decrease blood flow to the brain, which we’re pretty sure is not awesome for your exam (or driving) performance.  Though it seems like a little caffeine has some benefits, more is most certainly not better.  The same properties that make caffeine potentially useful as a pharmaceutical “tool” can be problematic when we consume significant amounts on a regular basis. And while it’s certainly not as destructive as, say, meth… the stimulatory effects of caffeine on the central nervous system and endocrine system may have some negative long-term effects.

Caffeine belongs to a group of chemical compounds called alkaloids, some of which (including nicotine, morphine, codeine, and cocaine) have potent neurological effects. Caffeine stimulates your adrenal glands to release stress hormones like adrenaline and cortisol, which is okay… occasionally. But if, in the context of a stressful lifestyle, a poorly-designed exercise program, a lack of adequate sleep, and less-than-optimal diet, you’re already asking a lot of your adrenal glands.  If you then ask even more of your adrenals by drinking copious amounts of coffee, you could create (or worsen) an existing problem. Adrenal fatigue is a condition in which your adrenal glands are “overworked” from chronic stress and inadequate rest and recovery.

Scott Hagnas, founder of CrossFit Portland, regular contributor to The Performance Menu and Generally Smart Dude, has this to say:

“I agree that coffee isn’t as evil as some have made it out to be, but that doesn’t mean it isn’t often abused.  Quite frequently, those with some level of adrenal fatigue use caffeine as an energy source for their day.  In reality, caffeine doesn’t give you energy – it gives you stress. I see so many people that try to eat well and exercise intelligently, but have trouble making progress because of a stress filled life.  The total stress load is cumulative, so coffee becomes fuel for the fire.  I have also observed that those with damaged adrenals are more sensitive to coffee’s adverse effects than those with healthy adrenals.  As a simple rule of thumb, I you feel like you need it, then you should evaluate your habits. If you feel like you can do fine without coffee or have no problem going a few days without, then a few cups now and then should be okay for you.”

“A few cups now and then…” Does that describe your coffee consumption? Note Scott’s caveat: “if… you have no problem going a few days without”. Most coffee drinkers we know can’t even get dressed for work without their coffee, much less survive a few days without.  We think that you should be in charge of what you eat and drink. Your addictions, whether they be sugar, chewing gum or caffeine, should not run the show. In fact, one of the major points of our Whole30 program is taking back control of your diet. Food (or drink) should not have power over you!   So if you’re struggling with the Sugar Demon or can’t imagine a day without coffee, we think you need to change that.

Our general recommendations on coffee are as follows: 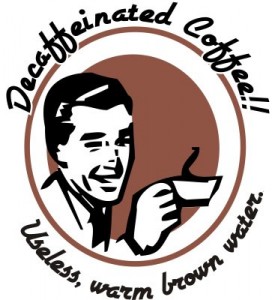 For those of you who “just love the taste of coffee” but swear you don’t need the caffeine, you should consider switching to decaf. Just make sure that your coffee’s decaf process doesn’t use toxic industrial solvents like dichloromethane – buying decaf labeled “organic” is your best bet. A word of caution, though… while the downsides of copious amounts of decaf are significantly less than that of regular coffee, there is still a little caffeine left after the processing, and it contains additional compounds that aren’t awesome for you if you drink it by the liter.  Exercise some restraint, and stick to the same moderate consumption as recommended above. Our apologies.

In summary, when it comes to coffee, less is generally better. Think before you drink.