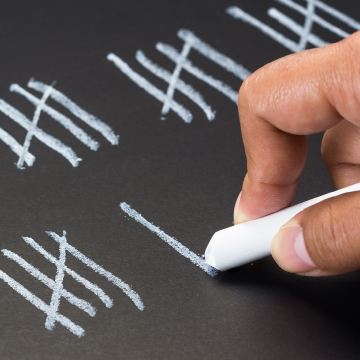 We’re seeing gyms all over the country (CrossFit Minnesota, SnoRidge CrossFit, CrossFit Ramstein and CrossFit X, to name a few)  adopting the Whole30 program as part of their commitment to good nutrition.  We love hearing their success stories – members who are performing better than ever, who are leaning out without even trying, who are seeing improved fasting blood glucose and cholesterol and blood pressure and iron levels within just a few weeks.  We hope their successes will encourage other gyms to take on the Whole30 program, and will offer as much support as we can in YOUR gym’s efforts, too.  But before you do, we’d like to wax poetic about one common “nutrition challenge” structure we see, and why we think this theme will hurt your gym’s Whole30 results.

Many gyms seek to measure compliance with their members’ nutrition challenges.  Measuring something that’s relatively intangible to begin – “healthy eating” – can be difficult, which is why gyms often implement their own set of rules and regulations.  These rules are designed to statistically measure adherence to the program as outlined, usually by assigning points for various degrees of compliance.  One such program outlined zero points if you eat “perfect Paleo”, one point if you include one individual transgression, two points if you fall off the wagon for an entire meal, and three points if your whole day goes to hell in a handbasket.   Those who accumulate the least amount of “points” during the 30 day period are said to have achieved the greatest “success” with the challenge, and those with no “three point” days are said to have completed the program.

In our experience – and we’ve got plenty – implementing a point system in conjunction with your nutritional challenge is a recipe for disaster.  While a point assignment strategy seems a logical way to measure compliance, any such system is doomed to backfire. Here’s why.

A group of day care centers in Israel were all experiencing a common issue – late pick-ups.  Parents were arriving late at the end of the day, forcing the centers to stay open late too, and pay their workers overtime. In an effort to curb these late pick-ups, the centers introduced a financial penalty.  Parents who arrived more than 10 minutes late had to pay a $3 penalty for each incident.   The idea was that a fine would discourage parents from arriving late.  However, after the fine was introduced, the number of late pick-ups actually increased – more than doubled, in fact.  Parents now measured the financial difficulty of a small fine (minimal) against having to cut their tennis game short (troublesome), and opted for the fine.  Their child’s well-being, however, no longer played a part in their decision making process.

The institution of a fine substituted an economic incentive (a $3 penalty) with a moral incentive (responsibility to your child).  For just a few dollars a day, the parents could buy off their guilt.  And for that reason, a point assignment as a penalty for making poor food choices will backfire.  A point system serves to disassociate the choices your members make (eating the cookie) with their actual physical consequences (insulin spike, sugar cravings, digestive distress). Instead, your members now face a different choice:  eat the cookie vs. rack up 3 points.   Which one sounds more appetizing to you?

In our admittedly unofficial survey (mostly anecdotal evidence and first-hand accounts from gym members), gyms who institute a penalty or point system have far less compliance – and far less impressive results – than a gym who implements the Whole30 program exactly as outlined.  By implementing a point system, it’s almost as though the gym members are expected to fail at some point or another during their month.  “We want you to eat well, but since that might be hard, here’s an arbitrary system to measure how well you actually ate.”  Except the system doesn’t measure a thing, because who knows whether a one point day means they had a little added sugar in their balsamic, or a dirty margarita with breakfast?  Does earning 12 points over a 30 day period mean you had four entire days off the reservation, or that you included one thing you weren’t supposed to eat three days a week for the duration of the challenge?  And regardless… which is “worse”?

The alternative to an arbitrary point system?  Demand 100% compliance for the full 30 days, just like we do here, with our Whole30 program.  No cheats, no slips, no “But Coach, it’s my birthday!”.   Outline the plan, insist that members follow the letter of the law for 30 full days, and measure compliance like you measure pregnancy – you either are, or you’re not. Set the standards high, because you think nutrition is THAT important.  Outline your expectations clearly, so everyone knows what is required of them.  And give your members the best shot at success, because the Whole30 done with 80% compliance will mean your members will see (you know what’s coming…) 20% of the results.  And give your members the opportunity to experience the full range of benefits that are sure to come at the end of their 30 days – which is, in fact, the real point of the challenge.

Ready to take on the Whole30 with your gym?  In the middle of your Whole30 now, or just completed it with your gym?  Post questions, comments or commitments here.  (Want to read more about our take on “nutritional challenges”?  Read “Burpee vs. Cookie“, a re-post from Urban Gets Diesel.)