Today’s Steal This Meal comes from Whole9 reader and CrossFit North Fulton member Tom Denham. Tom learned about the Whole30 diet after members of CrossFit North Fulton (Roswell, Georgia) attended a Whole9 Nutrition Worskhop at CrossFit East Decatur on May 1st. He began his first Whole30 on May 14th, and has successfully continued the Whole30 principles ever since.  Tom says: “I’m 52 years old. I’ve been CrossFitting for the past 18 months.  (When starting the Whole30,) I was miserable for about two weeks, and then my body settled down. I began to sleep well for the first time in more than five years. I have achieved new deadlift and back squat PRs. Within the next week or two, I expect my body weight to slide under 200 pounds for the first time since  2004. This is cool.” 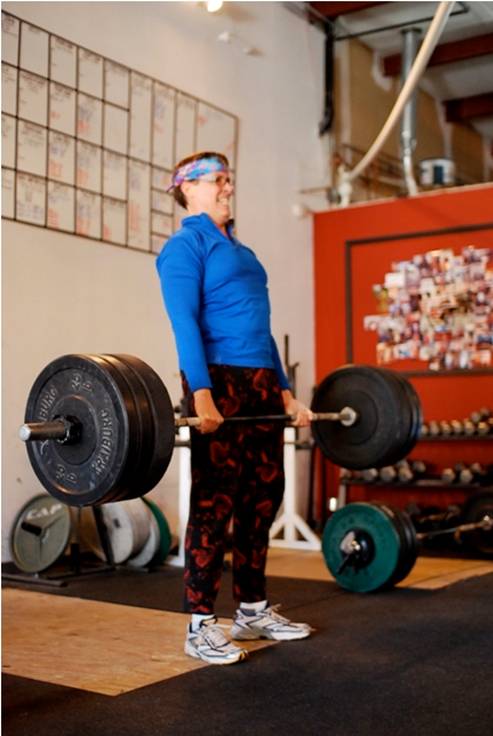 We loved the flexibility of Tom’s wok-based stir fry.  It works with a variety of meat and vegetable ingredients, so try mixing things up with what’s local, fresh, seasons, or what happens to be on hand in your refrigerator.  This would work just as well with chicken, shrimp or beef, too.  Get creative and mix it up, because a stir-fry like this doesn’t have to be made the same way twice!

In preparation, perform the following:

Prepare the following spices, or season to taste: 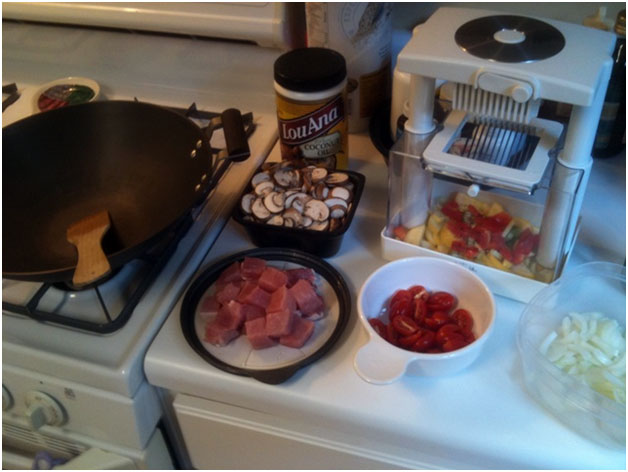 I like my food spicy, so I add a heavy dusting of turmeric, red pepper, garlic powder, salt, and curry.  (Note, curry includes turmeric and red pepper, but nothing seems complete to me without adding at least a little curry.) If you like your food really hot, add more red pepper.

Cook 8-10 minutes with the heat on high. If the meal looks dry (and it usually does after you lay on as much spice as I do), add a little water and/or a little extra virgin olive oil. You will know everything is cooked well enough when you can divide chunks of broccoli, carrots, and pork with a wooden spatula.

Fruit rounds out a meal nicely. There is nothing like a mandarin orange or some sliced banana after a hot and spicy meal from the wok! 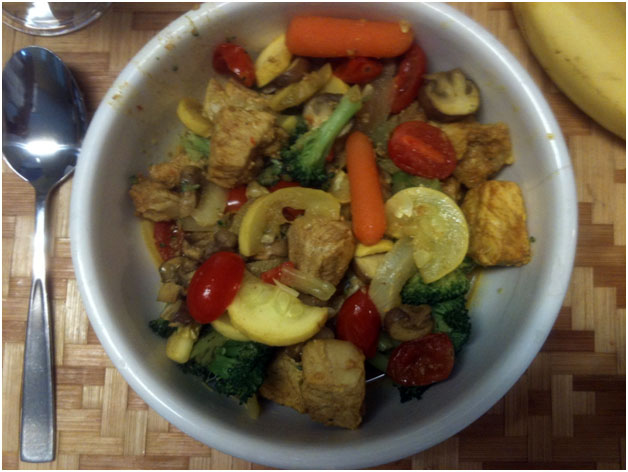 Got your own Whole30-approved recipe to share with the world? Send your Steal This Meal entry (along with photos and YOUR story!) to recipes@whole9life.com.